Racial Inequities Cost Columbus’s Economy $10 Billion a Year. How Can We Improve?

Mollard Consulting is committed to elevating the voices of nonprofit professionals throughout Central Ohio. This month, we invited Terry Green, Founder and Executive Director of Think Make Live Youth, to share his story of overcoming homelessness and incarceration to create a nonprofit that promotes social justice and changes the lives of local youth.

We are big fans of Terry. We had the pleasure of working with Think Make Live to create a strategic framework to guide their work and we learned a lot in the process. We know that there is still work to be done to move the needle on equity. The issues that Terry faced persist, and unless we work together, we won’t see the change our community needs.

Thank you, Terry, for your leadership, dedication, and passion for creating positive change in Central Ohio. 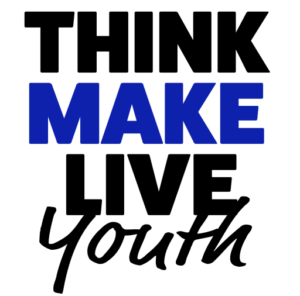 “It’s not just that the economic divide in America has grown wider, it’s that the rich and poor effectively occupy different worlds, even when they live in the same cities and metros,” a report, “Same City, Different Worlds” from PBS describing Columbus, Ohio.

Many people in Columbus may have heard my story.

At the age of 15, I was a homeless youth, disconnected from my father, and that’s when the challenges began. I moved to Columbus as a pre-teen to live with family, ultimately living on the streets after my mother went to jail. Starting in 2009, I spent about four years in prison. When I was released, I started my non-profit organization, “Think Make Live Youth” to give back.

Now, after five years in business, we have made a significant impact in the community, providing after-school programming, recidivism programming, and community events. We’ve seen lives change. I’ve been recognized by national organizations, featured at The Ohio State University, and have spoken at corporations, sharing the impact Think Make Live Youth nonprofit is having. In addition, we organize a yearly gala, the Social Justice Awards, to highlight other leaders in the community. But Columbus, there’s still so much more to do.

“I was seeing individuals that were coming in front of me that needed housing, they needed help getting a driver’s license, they needed family stability, health insurance, all of the things that adults already have in place,” Franklin County Municipal Judge Jessica D’Varga told ABC News.

It’s a year-long program, and if successfully completed, the young adults, who are on probation, get the chance to get their records expunged, breaking the cycle of recidivism.

“It’s not just about getting a clear record. It’s about being a better person,” one participant mentioned.

But Columbus, there’s still so much to do.

“A 2015 study from researchers at the University of Toronto found that among America’s large metropolitan areas, Columbus had the second-highest level of economic segregation in the nation. Only Austin, Texas, ranked higher,” via PBS.

“Columbus is characterized by stark residential segregation, with Black residents concentrated in certain neighborhoods within the city of Columbus as a result of inequitable policies both past and present, and increasingly separated from the growth in good jobs in the surrounding suburban community,” a J.P. Morgan Chase report said.

Long-standing racial gaps among Columbus-area workers cost the regional economy $10 billion a year, according to this report that lays out historical inequities in the labor market that are threatening our future prosperity.

These inequalities trickle down to affect our beloved economy in so many ways.

How can we improve?

Support the organizations and people making a difference before it’s too late. Before Columbus loses talent to other cities. Before the issues that our community is not solving grow to become even more problematic, affecting your backyard because you didn’t pay attention and act on them. There is no reason why we should not be helping our neighbors by removing barriers and building a more equitable society.

I do this work because Columbus NEEDS it. Acknowledgment is essential, but genuine support from our community, leaders, stakeholders, and peers can impact someone’s life that needs it, TODAY.

There’s still so much to do, Columbus, but together we can create lasting change.