The Crane family has a long history of generous philanthropy in Central Ohio. This year, as Crane Group celebrates 75 years in business, we invited Crane Group VP of Community Impact Elon Simms to celebrate their legacy of giving with a column. 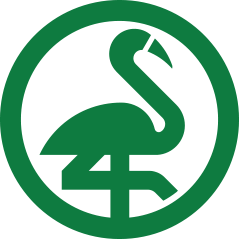 You support the community that supports you.

That’s what Crane Group has always believed, and so the company—and the family behind it—has always given back to the city that has supported them.

Crane Group started as a plastics manufacturer that has evolved into a company that invests in businesses, people, and good. As Crane Group Vice President of Community Impact, I’m involved every day in the “good” part of that work.

My job is understanding community needs and how Crane Group can help address them through strategic partnerships, board service, volunteerism, and funding. (And yes—it’s as amazing as you might imagine.)

The family’s passion for the fine and performing arts has enriched Columbus’ culture in powerful ways. They’ve made major gifts to institutions like the Columbus Museum of Art and the Columbus College of Art & Design, often supporting projects that celebrate diversity or social justice. For example, they contributed to the Aminah Brenda Lynn Robinson residency and fellowship, and they underwrote a statue called “Our Single Garment of Destiny” in the Washington Gladden Social Justice Park at E. Broad St. and Cleveland Ave.

The Crane family has long empowered women by supporting nonprofits that uplift women, mothers, and families, often with an eye toward equity. Crane family members helped found both The Women’s Fund of Central Ohio and The Matriots—both of which advocate for women in myriad ways. They helped establish The Reeb, a hub of hope on the South Side. And they have invested in CelebrateOne to support mothers and help lower the rate of infant mortality in Columbus.

The Crane family has been changing the game in Columbus for years—in many cases, quite literally. (Fun fact: The same year Crane Group was founded, Jim Crane—who would later become a longtime company leader—played for Ohio State in the Buckeyes’ first-ever televised football game.) The Cranes helped bring the Columbus Blue Jackets hockey team to Columbus. They funded the Midwest’s largest sports medicine facility at Ohio State University, which helps high-level athletes and everyday people improve athletic performance and recover from injury. And they have invested in student athletes at Historically Black Colleges and Universities.

Circumstances in life lead me to a career centered on giving back. As a social worker, I’ve had a firsthand view of people in need. So this company and family’s desire to right wrongs and address inequities is moving. While they have long been justice seekers, in this post-George Floyd world, they have doubled down on their efforts to give around diversity, equity, and inclusion. We will be celebrating Crane Group’s birthday by giving community gifts through a racial equity lens. We are excited to announce these contributions later this year.

Meanwhile, someone recently asked me what has been one my most memorable giving moments. I’ll share it with you.

The Women’s Fund of Central Ohio was working to launch an initiative—the Enduring Progress Initiative—to empower Black women and girls. Women’s Fund CEO Kelley Griesmer shared statistics that are staggering: Less than half of one percent of charity funding goes to programs by and for women and girls of color. I thoughtfully prepared a pitch for the Crane Group leaders who decide where we give grant money. Shortly after I started speaking, someone interrupted. “Elon—stop talking,” one said. “This is approved.” It filled me with emotion. It was inspiring to see the company make such a quick decision to support that mission.

I hope that when people in Columbus see the Crane name, they know that the Crane family and associates see their giving as investments in their neighbors and their community. Plus, they don’t just write checks. They show up. They get their hands dirty. And above all, they truly care.

What a blessing that I get to help carry their torch.

This company is 75 years in, and we’re just getting started.